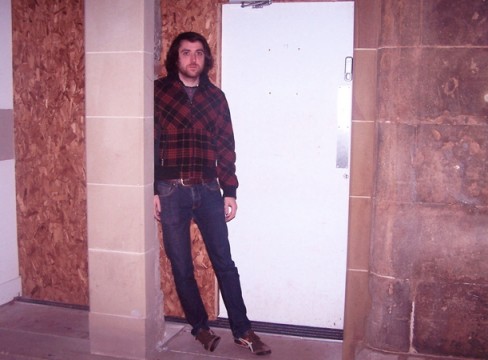 Yusuf Azak is a classic singer-songwriter in the mould of Nick Drake, Elliott Smith and Bob Dylan. A former inhabitant of Aberdeen, Yusuf now lives in Glasgow where he channels his energies into making music which is top-loaded with delicate finger-picking, breathless vocals and sweet harmonies. In his spare-time he is a professional Luddite, hence why you’ll find a distinct lack of social media linkage below.

The music Yusuf Azak makes is slightly eccentric, yet simultaneously earnest and frenetic. With his debut album (Turn On The Long Wire) Yusuf has managed to create an adept balance of charm and grit, whilst delivering an alluring collection of otherworldly folk songs. Strings are strongly to the fore on the long-player, occasionally for colour and texture, but mainly to weave in melodiously with the vocals and guitar. Although parts were recorded digitally (for the sake of clarity), analogue equipment was also used, and this lo-fi warmth can be felt throughout the record. This charming, no-frills glow has typified Yusuf’s earlier releases and is integral to achieving the pastoral and honest sound he creates.

Turn On The Long Wire is out on November 29. You can download album track Eastern Sun for free here to whet your proverbial whistle. Battered cheeseburger meal anyone?