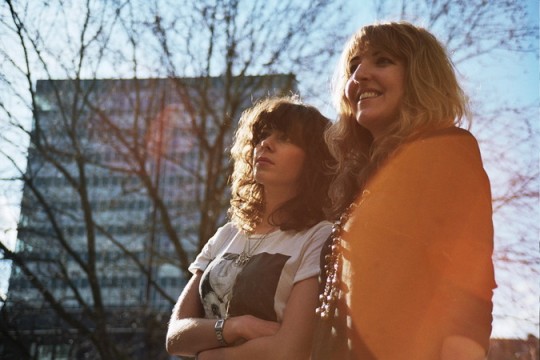 We love Young & Lost Club more than we love pineapple smoothies, Lego and little kittens. Not content with just hooking us up with ace ‘intraviews’ from Planet Earth and Sunderbans, they’ve now gone and done one themselves. But who are these mysterious and terminally brilliant people that you see in these here photos? Well – Young & Lost Club is a London-based independent record label and club night which was started by the effervescently youthful Nadia Dahlawi and Sara Jade five years ago. Since then they have consistently been releasing a never-ending barrage of progressive and critically-acclaimed music by such revered indie luminaries as Noah & The Whale, Lord Auch, Vincent Vincent & The Villains, Bombay Bicycle Club, Pull Tiger Tail and Good Shoes. They’ve done this mainly on vinyl and completely independently, which in these troubled times for the music industry is surely worthy of our respect. Most warming though is their ethos, which doesn’t value the shallow pursuit of money or fame. They are doing this because they love it and whether they realise it or not, they are simultaneously reinvigorating a tired industry model and creating their own unique zeitgeist.

To celebrate their fifth anniversary they’ve released a 35-track compilation CD which is essentially their audio family tree. It’s a bargain £7.50 (buy it directly from them here) and they’ve given us a mammoth six tracks (including some rare remixes as detailed below) to giveaway here to jazz up your ears.

Labels like this don’t come along every day, so let’s cherish, support and love them, and help them grow and glow, for they are definitely young, but they’ll never be lost.

1. Blue Skies by Noah & The Whale (The Twelves Remix)