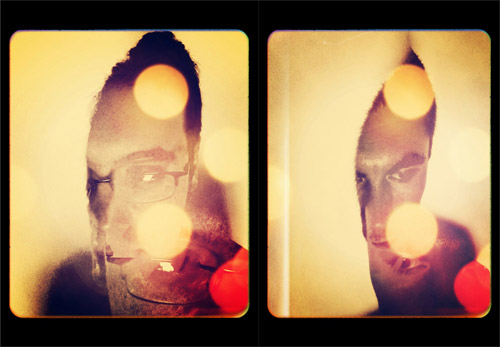 Ladies and devilmen, may I introduce you to worriedaboutsatan – a darkly ‘atmostronic’ (I made this) band from Leeds, who deliver ambience that pulses with heart and throbs with soul. It’s presumably the kind of heart that not only remembers your birthday but sends you flowers too. It’s assumedly the kind of soul that doesn’t just show empathy for African poverty, but does a naked sky-dive so they can build wells in rural Burkina Faso.

Talking their name from an advert they saw in a lonely hearts column (I made this bit up – you can sue me via this handy link if you want) worriedaboutsatan have asked me (to ensure that a cumulative culture of fear doesn’t break-out nationwide) to tell you that they are also worried about (amongst other things) God and science. Although they aren’t fully-paid up members of the pessimism society, there’s a lot to worry about in this modern age and this comes across occasionally in their tense tunes, which somehow define this paranoia-laden zeitgeist. More-often-than-not though, worriedaboutsatan offer an audio-refuge from fear and trouble – like a padded bunker during the devil’s blitz; like an audio riot-shield for when Hades revolts.

The song they’ve asked us to pass on to you is a worriedaboutsatan remix of White Hinterland’s track Icarus. It’s just perfect for melting ears and attaining a blissed-out, blessed-up euphoria. You can download it here. They’re also due respect for taking these photos twice – the first time their old Zenit didn’t process them properly – an admirable stance in this digital age. In the end Gav did the first five, and Tom did the latter half. We hope you like. Remember – don’t fear the reaper.