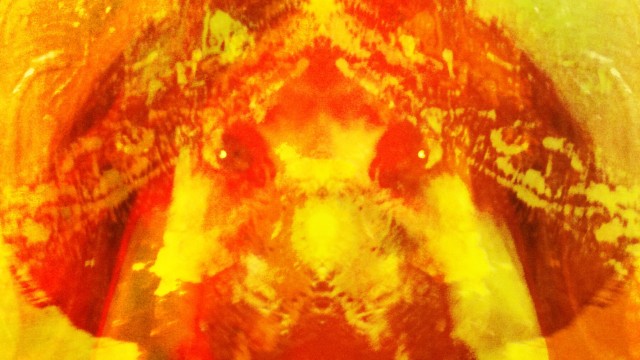 In their eight-year history, New York space rock trio White Hills have released seven studio albums and countless other collaborations (including split albums, EPs, live CDs and tour only singles). August sees the release of their seventh full-length studio album – the aptly named So You Are . . . So You’ll Be – on the always innovative Thrill Jockey label. Featuring Dave W (who took these photos) on guitars, synth and vocals, Ego Sensation on bass, synth and vocals, and Nick Name on drums, this is their most concentrated blast of psychedelic interstellar rock to date.

You can hear the raucous, cosmic riffage of In Your Room in our in-site ghetto blaster. Lock down your lobes and prepare for an audio meteor shower.