Interview With Visions Of Trees 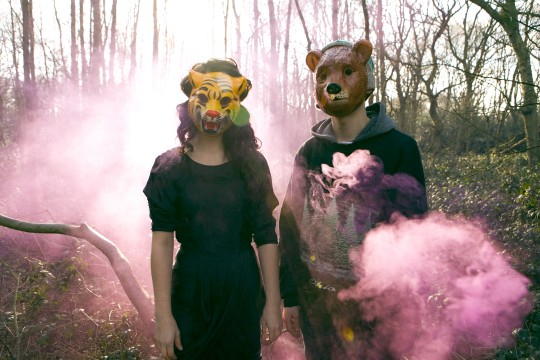 Interview With Visions Of Trees

Visions of Trees are Londoners Sara Atalar and Joni Juden. They met in a long-gone summer and quickly formed a friendship over a love of pop music, R&B and 1990s dance music. Personally, I can’t think of anything worse (except for genocide, Hard-Fi and chewing glass) but they seem to have recovered okay. They both also shared an aesthetic interest in the romantic wilderness and the solitude and escapism that it represents. It didn’t take long for them to forge these two things into a haunting and penetrating sound that takes advantage of the sonic freedom afforded by electronic music to simultaneously evoke the alienation of urban life and the serene austerity of nature.

In the two years since they formed, Sara and Joni have kept crafting an ever growing sound that has remained distinctive and true. Novocaine – their new LP due to be released in August through Deadly People – is no exception. Joni’s moody, lush production (with its stuttering drum breaks and sweeping synths) and Sara’s crystal clear voice combine far-flung influences to make something new and unique. Why not download Real Lyfe Sux (featuring Ashanti) here and you’ll see what I mean.