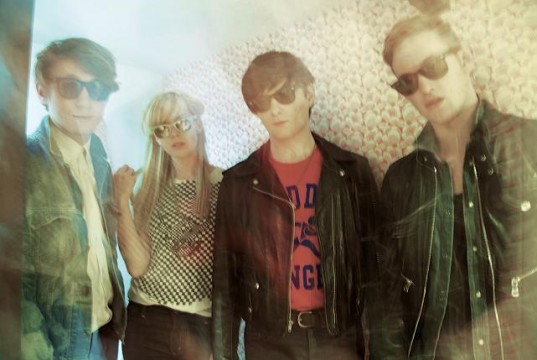 Formed in Margate in the sultry summer of 2008 Two Wounded Birds are a sweltering gaggle of surf-obsessed kids making music inspired by shade, sun and the haze of their recently vacated childhoods. Tracy Emin’s spunk-encrusted mattress aside, not much in the way of culture has come out of Margate for a long time, with the town being more renowned for its decaying ginnels and general disrepair than the idyllic seaside resort it once was before the Internet happened. Two Wounded Birds are now fervently trying to readdress this creative disparity with their immediate, punked-up shots of audio adrenaline.

With a single (All We Wanna Do/Midnight Wave) soon to be released via Moshi Moshi Singles Club the band are in party mood, flicking up their collars and spitting out their gum. With twin shots of sub-two minute surf pop the release is frenetic, fancy-free and frivolous, just like it always should be by the sea.

I encourage you to look at these photos, download this free track (Night Patrol) and keep an eye out for the rip-tide and vicious undercurrents. The penny arcade is closed and the beach is unswimmable. Be wary of longshore drift.