Interview With The Staves 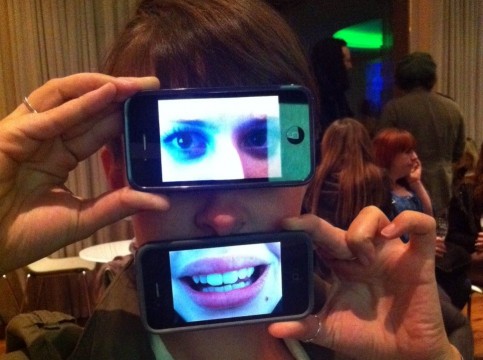 Interview With The Staves

Emily, Jessica, and Camilla Staveley-Taylor have been making music together since they were children growing up in Watford. Brought up in a house that echoed to the sounds of Simon & Garfunkel, Crosby, Stills & Nash and The Beatles, singing in perfect three-part harmony came naturally to these siblings. Having started gigging in local pubs and cafes, The Staves are now captivating audiences on much bigger stages – earning rapturous encores around the globe with their exquisite and tender songs of love and longing. Accompanied by minimal acoustic guitar and gently strummed ukulele, their extraordinary intertwining voices are guaranteed to melt the most cynical of hearts (like mine). Likely to catalyse goosebumps and erect neck hairs, The Staves make music in its purest and most beautiful form. Prepare to be blown away by beautiful harmonies, acoustic gentleness and a sound that is nothing less than flawless, and utterly organic.

Having self-released their debut EP (Facing West) last year, the trio have – amongst a raft of other notable achievements – played the Croissant Neuf stage at Glastonbury and supporting Mumford & Sons in America. In the summer of 2010 they were a part of the Communion Flowerpot Takeover, during which they collaborated with Lissie, Jesse Quinn, Pete Roe, Tim Rice-Oxley and Damien Rice.

The Staves are playing the Where the Wild Things Are stage at Secret Garden Party this Sunday. Debut EP ‘Facing West’ is available to purchase at their shows, and you can download the title track here for free.

So I guess we’ll see you at the front for The Staves show at Secret Garden Party. Be sure to wear some flowers in your hair. We sure as fuck will be.