Interview With The New Division 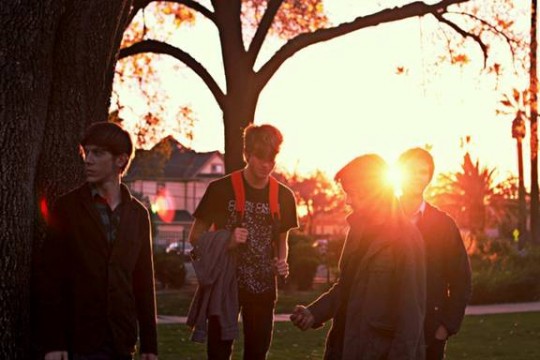 Interview With The New Division

The New Division produce dreamy, often dark, new wave/now wave/no wave that shimmers with reverb-laden vocals and the ethereal, ambient synthesisers which have gradually become their signature. The resultant sound echoes the band’s main British 1980’s influences – Joy Division, New Order and Depeche Mode – whilst simultaneously retaining an incredible freshness. The New Division began as a college dorm room project at California Baptist University for songwriter John Kunkel who began experimenting with synths in 2005. Over time, his songs caught the attention of fellow students and musicians, and the four-piece working together today came together.

Having already received critical acclaim for The Rookie EP and their single True Lies/Saturday Night, the band have big plans. Currently they’re working on their first LP (Shadows) set for release in September. The first single from the album (Opium) was released on the 25 July and you can download it here for the bargain price of absolutely nothing.