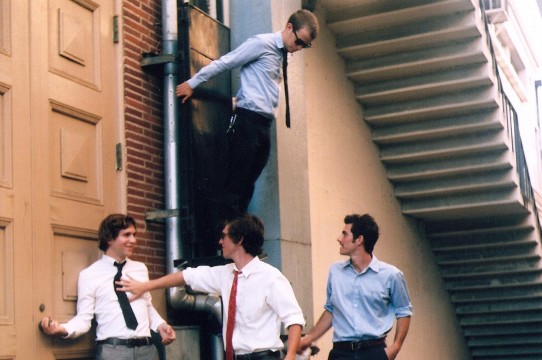 The Miracals are an indie-pop quartet from the enviable latitude of Southern California (see also: The New Division). Formerly known as The Smiles, the band claim to have changed their name in exchange for a lifetime supply of Spongebob Squarepants toothbrushes due to a legal dispute with a local dentist. Putting such trivialities aside, the band wowed the Los Angeles scene with the self-produced Hermosa EP in 2010 and, more recently, the Give Me A Chance EP.

Vocalists John McGrath and Will Sturgeon create a backbone of tension which props up all that The Miracals do and the two frontmen often finish off the other’s ideas, forever spurring them onwards into new territory. This edgy, schizophonic combination of conflicting personas is further enhanced through the band’s use of a restrictive basement in Hermosa Beach to record their output, meaning their music is constantly striving to emerge from its confines, like a madman trying to smash his way out of a jam-jar. Or something.

Think I’m all talk and no truth? Then download the title-track from the latter aforementioned EP here. Like dirty thoughts, bad jokes and long walks it’ll cost you nowt. An explosion of joyfully frenetic energy, the track sounds like The Beach Boys daisy-chaining Vampire Weekend, and as winter slowly creeps in to spoon our souls you’re going to need plenty such audio de-icer to stop your pipes freezing. Top up now, before it’s too late. 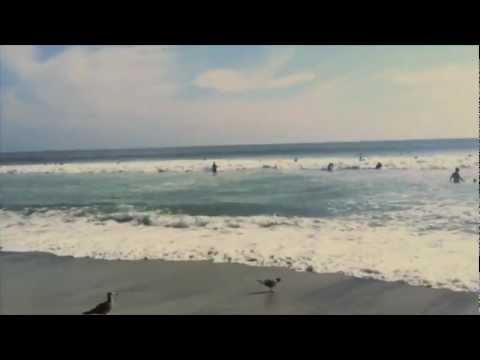