Interview With The Lost Cavalry

FULL OF FANFARE, ENIGMATICALLY UNIQUE, AND CLOAKED IN AN ETHEREAL AMBIENCE 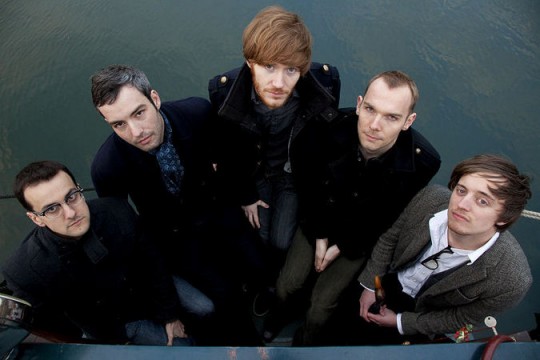 Interview With The Lost Cavalry

FULL OF FANFARE, ENIGMATICALLY UNIQUE, AND CLOAKED IN AN ETHEREAL AMBIENCE

The Lost Cavalry are a traditional, quintessentially English proposition. Formed by vocalist Mark West (formerly of folk-favourites Fanfarlo) they create music that’s full of fanfare, enigmatically unique, and cloaked in an ethereal ambience and atmosphere. There is a thick fug of nostalgia underpinning their output which frequently references a long-forgotten age of innocence (presumably those idyllic childhood days of fearless adventure, naive innocence and dreamy fantasy; long before the interwebway came along and corrupted everything).

The Lost Cavalry rely on a diverse collection of instruments (including accordion, ukulele, knitting needles, kitchen sink etc.) to bring their shanties to life. Their debut EP (Waves Freeze To Rolling Hills) was released last month and lauded by most. It is a happy and airy backdrop to reality; much more straightforward and untainted than the lion’s share of modern living. Essentially they’re a bit like those Choose Your Own Adventure books (you know the sort –  ‘If you choose to twat the wizard in the eyes and nick his spell-book then turn to page 37’). In fact, in the best folk traditions their songs are all stories and if you placed them end-to-end they’d presumably form a novel. Albeit a novel where elephants return to life and ghostly soldiers march down midnight streets.

The Lost Cavalry kindly took time out from strumming lutes, fighting dragons, colonising forgotten worlds and being all wistfully reflective to answer our minor inquisition with these pictures. Oh – and of course, there’s the ubiquitous free download (Secret Steps) for your pretty little face. It’s a one-way regressive ticket to somewhere in the past. Somewhere where you were always happy.