Interview With The Death Of Six By Seven

THE RESURRECTION WILL NOT BE TELEVISED 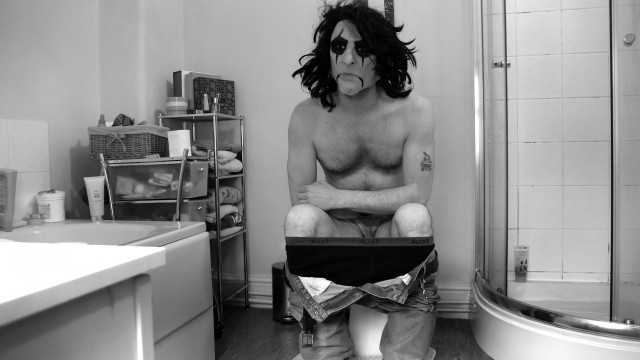 The Death Of Six By Seven

Interview With The Death Of Six By Seven

THE RESURRECTION WILL NOT BE TELEVISED

The Death Of Six By Seven is an album written by Chris Olley, former lead singer and guitarist of cult underground Nottingham band Six By Seven, and performed by James Flower and Pete Stevenson (also formerly of Six By Seven) and Locus guitarist Martin Cooper, who play together under the name The Death Of Six By Seven (occasionally with brackets and/or an additional full stop). It has been described as a sombre drone of cosmically-charged suburban hymns that is sure to confuse, enthrall and intrigue in equal measure. You can download The Writing On The Wall here for nowt to see for yourself. It’s cheaper than nostalgia and it tastes a hell of a lot better than death. You’re smart. You’ll work it out.

These photos were taken by Chris. I’m sure you’ll agree they’re some of the best responses we’ve ever had the honour of housing. Chris has also recently completed his 92 Stadiums project. In his words:

“92 Stadiums was a project I undertook over a two year period to photograph all of the 92 teams’ stadiums in the first four leagues in England and Wales. Influenced by Bernd and Hilla Becher and Walker Evans, the idea was to create a photo document but also to show how each stadium is different from the next and how it is placed in the community and surroundings. I photographed the stadiums on non-match days and where possible tried to keep people and movement out of the picture. I used black and white as I didn’t want the teams’ colours to obscure or influence the pictures. All images were cropped with the Leica at the picture stage.”

Chris has also photographed Bill Hicks through a magnifying glass.

Nottingham  The Death Of Six By Seven