Interview With The Crookes 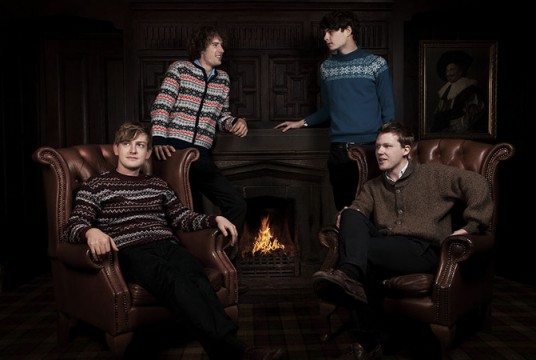 Interview With The Crookes

Named after the leafy Sheffield suburb where they met (I bet they’re glad their paths didn’t cross in Dungworth), The Crookes are currently casually and effortlessly riding out a crescendo of hype (and grinding it into a gnarly, fakie heelflip), catalysed due to the city’s track record of spouting melodious beat combos in recent years, but primarily because they have a knack of welding rag-time indie to wartime sing-alongs, then nailing it down with urchin-like barbershop harmonies, hand claps, nostalgia and folk-riddled romance, all delivered with a grandiose, yet resolutely lo-fi, aplomb.

Their free download Chorus of Fools, available on this very site, sound likes What Katie Did era Libertines, sung by Morrissey whilst having his balls licked. There’s also a nice photo-interview here (which is our not-quite-so-good, and with many less doors, festive gift to the world) which shows, amongst other things, what the lads want for Christmas, and just how crazy they get! And if they don’t get arrested, locked up and sent to solitary for their screaming illegalities, then you’ll be sure to be seeing a lot more of them in 2010.