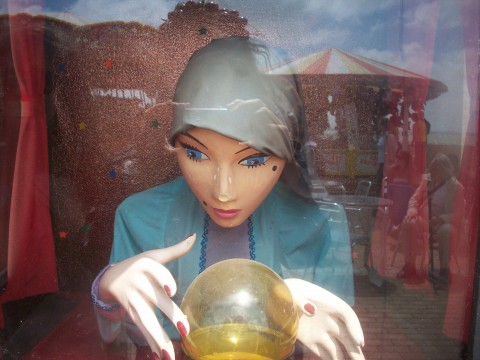 Tasseomancy is a continuation of what was a bare bones neo-gothic folk duo. Formerly known as Ghost Bees, twin sisters Sari and Romy Lightman have begun to experiment with heavier, ambient sounds, influenced by death rituals, hebraic songs, war drums, ancestry and myth. The discerningly vigilant amongst you will probably also recognise them from electro-goth group Austra both visually, but also sonically as they’ve taken bits and bobs from Austra – like the ambient vibe and stripped-down vocals – and ran with them, embellishing the vibes with extra spine-tingling creepiness.

Tasseomancy’s upcoming sophomore album, Ulalume (recorded with and produced by Timber Timbre and out on 30 August), is dark, eerie, and a little bit off-kilter. Before it drops why not check out these lush photos, download Healthy Hands (Will Mourn You) here for absolutely nothing, and treat yourself to a peek at Soft Feet below, which was recorded on a rooftop in Dalston for the good folk at The Line Of Best Fit recently.