FROM MOSS SIDE TO MEMPHIS 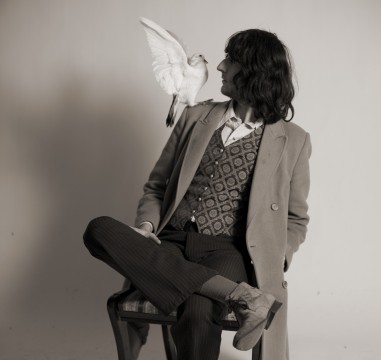 FROM MOSS SIDE TO MEMPHIS

T.G. Elias is a prolific Manchester-based songwriter and performer whose distinctive, subtle and powerful voice – which seemingly stretches from Moss Side to Memphis – holds audiences spellbound. Drawing from his deeply rooted relationship with gospel, country and blues, the biblically-nomenclatured T.G. Elias has created a mesmerising and candid catalogue of songs which he serves up with understated, raw emotion. These tales – and the manner in which they are delivered – are sure to appeal to fans of Bob Dylan, The Tallest Man On Earth, Keaton Henson (see his intraview here) and Fleet Foxes.

Following on from earlier long-players The Man In The Iron Cage and God’s Own Land, T.G. Elias released his self-titled third album earlier this year. It was preceded by the single The Ballad Of Lenny Crow which you can now download for absolutely nothing here. Check out the video for Take The Money And Run below.