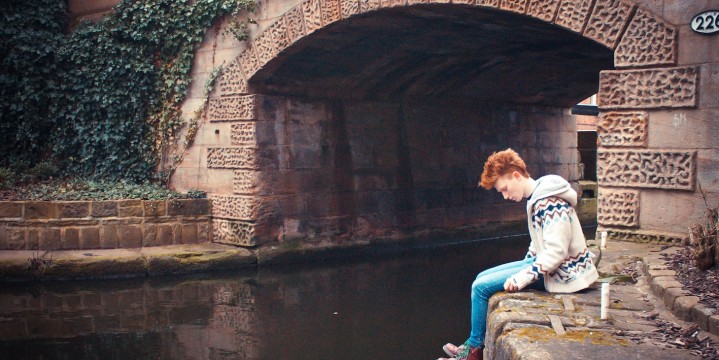 Soulmates Never Die is the adopted musical moniker of Joshua Lewis who is a singer-songwriter of sorts, but one who ticks very few of the mundane boxes expected of an artist of such description. Hailing from Leeds (via Aberdeen and Congleton), he writes brutally honest and heart-warmingly humorous songs which he records, produces and – for the time being at least – performs entirely by himself. His DIY approach to recording brings a certain lo-fi charm to his tracks and, though partly due to the ease and practicality of bedroom studio work, this is by no means an apologetic term to gloss over poor quality recordings, as can sometimes be the case. He has certainly developed his art.

On Cowsnail Records’ first release from Soulmates Never Die – a five-track EP named Dance Contest Winner – the music is stitched together with roguish harmonies weaving between percussive snippets and intimate clips of conversation. A soft fuzz is omnipresent but never overbearing; instead adding an organic warmth to proceedings. At times Josh’s honesty catalyses a skinful of aggression, standing in stark contrast to the feebleness of t’other sappy, solo acousticians of today. Summed up himself in the lyric “my weapon is courage, my armour is honesty” Josh’s refreshingly raw and deviant anti-folk has been surprising audiences and winning admirers across the North in recent months. Soon Soulmates Never Die will be exploring the rest of the country leaving a personalised mixtape hidden in each venue he visits.

If you are lucky enough to live in Leeds and you have read this in time you can catch him tonight (and search for said tape) at Oporto where he will be supporting Thomas Truax (on his last tour before deportation). If you are unlucky enough to live in London then you can instead see him at the Lock Tavern on 3 November thanks to our good friends at Young & Lost Club. Regardless of your latitude, you can download Old Canal here for free and you can see the video for Wound On My Finger below.