DISSIDENCE, DISORDER AND SMASHING THE SYSTEM 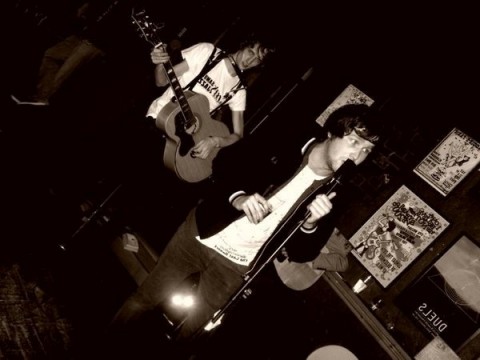 DISSIDENCE, DISORDER AND SMASHING THE SYSTEM

What do they put in the water in Wakefield? The city has already spewed The Cribs, Napoleon IIIrd, Mi Mye, Louise Distras, The Odd House, The Tailors and (*clutches at straws*) Black Lace, and now Skint & Demoralised have sprung to our attention, spitting bile, championing the man on the street, getting wrecked, and lashing out at high society. Yep – you’ve guessed it – we’re still in the midst of political dissidence and social disorder week here at Negative Narrative.

Originally just performance poet Matt Abbott, Skint & Demoralised formed when a song-writing partnership developed between Abbott and case sensitive producer MiNI dOG. They enjoyed immediate success with airplay from Steve Lamacq and Colin Murray propelling the free downloads of their early demos into five figure territory. In 2008, on the back of the hype, they signed a record deal with Mercury and in June of that year they flew to New York to begin recording their debut album with globally-renowned soul session band The Dap-Kings at Daptone Studios in Brooklyn. This album (Love, And Other Catastrophes) was never officially release and in late 2009, Abbott announced that the band had split and that he was embarking on a solo career. This didn’t quite turn out how Matt had envisaged and he has now re-formed Skint & Demoralised. After parting company with Mercury, they are currently in the final stages of recording their second album in Sheffield with several new independent labels sniffing around inquisitively like curious dogs searching for bone.

Anyway, check out these intraview snaps with your peepers, mash this tune (43 Degrees) from their new album into your waxy auricles, and together we can smash the system. Though to be honest that doesn’t seem to normally work, so maybe we’ll just mash it up with butter, milk, mayonnaise and mustard instead.