A TRIPLE ESPRESSO CAFFEINE-RUSH AT A FUNERAL 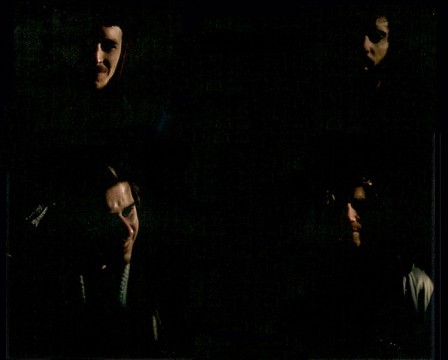 A TRIPLE ESPRESSO CAFFEINE-RUSH AT A FUNERAL

This is Sketches. Their van is red and constantly breaks. They are polite, display quintessentially British manners and respond to e-mails (on average) quicker than most. Sketches play epi-ratic (i.e. epic and operatic), widescreen, melodramatic pop that is equal parts twitchy, tetchy and tense – like a triple espresso caffeine-rush at a funeral or an unexpected orgasm in a public library. They combine adulation, paranoia, inertia and fear to atmospheric effect (see also Grammatics, Joy Division, Bloc Party) and veer capriciously between stadium rock and blueprinted, audio-tectural, indie scribblings. They are the musical equivalent of overstating a subtle point, walking home in the fog, or deriving an intense pleasure from the clean, sharp hit of a papercut.

Not only do they make these carefully-crafted etchings and sonic scribbles for our ears but they’ve also done us the noble favour of taking some photos here for our lucky eyes, and to answer a few queries we had. You know the drill by now. The photos scroll to the right, there’s links here to all Sketches’ feeds, walls, pools and sites, and you can also download their last single Bleed Victoria through this gluten-free, minerally-enhanced, freer-than-a-free-thing link. It’s lush.