SEMINAL EXPERIENTALISTS RETURN TO WARP AFTER A DECADE OF SILENCE 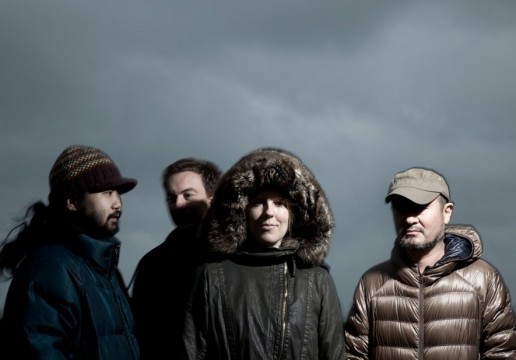 SEMINAL EXPERIENTALISTS RETURN TO WARP AFTER A DECADE OF SILENCE

What is IDM? Who is DJ Scotch Egg? Where do Boards Of Canada fit into all this? Can we get high off of electronica? Do the people at Warp Records have gold-plated ears and vast trippy galaxies for brains? Is anti-pop the new ‘crushing it’? If you’ve come here looking for answers to these (and other) questions then you’re in the right place (though the exact answers may still elude us all). If however you’ve come here for the 16th Annual International Keyring Convention then you need to go to the end of the corridor, turn right and never ever return. We’ve got guests.

Following more than a decade since the release of their last album Seefeel are back with a new idea-laden LP (self-titled). As you may expect from an innovate label (it’s on Warp Records) and a bunch of experiential atmostonomers the result is a rumbling, fumbling rhythm splintered with abstract electronica, layers of fuggy, druggy texture, garbled, gargled guitars and the occasional vocal. Welcome to the audiosphere, population: you. Enjoy the environmental tension.

If you don’t know whether this is comme ci, comme ca, for you, against you, hasta luego or hasta la vista then you can download Dead Guitars here and make your own mind up. It’s a tense slice of arresting anti-pop set to soundtrack the digital revolution. It’s the record I’ll be playing when Quetzalcoatl returns and it’s the record the band will be taking to the international super highway later this month at these dates (and many more).