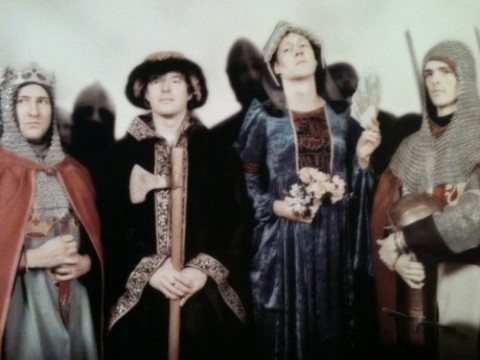 Scoundrel’s journey had inauspicious beginnings. Being friends since their schooldays, a shared love of 1950s soul, roots, doo-wop and classic rock led them all to music college where they honed their skills together. Their real dream though was to find an authentic British version of the kind of blues that existed in their record collections and their imaginations and when they managed to do that, things moved faster than they could ever have imagined. At the end of 2009 the band received funding from Shamrock Solutions and spent 2010 recording their debut with Steve Albini (whose long list of credits include Nirvana, The Pixies, The Stooges and Jarvis Cocker) in Chicago and at the legendary studios La Louisianne and Studio In The Country (previously a second home to – amongst others – Stevie Wonder, Marilyn Manson and Willie Nelson).

The band release their single Gulf Of Mexico on 20 June followed by their self-titled debut album on 27 June. Gulf Of Mexico was originally intended to be a closer for the album, but, when the label heard it they loved it so much that it was unanimously decided that it should be the first single to be taken from the album. You can download Arrogance Blues here too.