A LO-FI ODYSSEY OF TRIPS, TANGLES AND STUMBLES 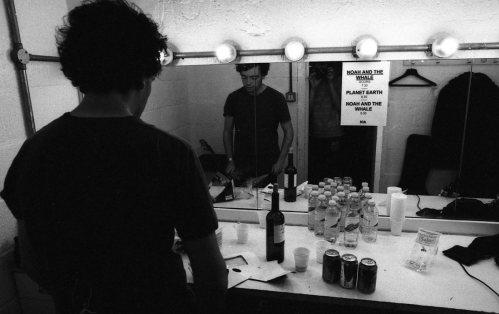 A LO-FI ODYSSEY OF TRIPS, TANGLES AND STUMBLES

Despite the vastness implied in their moniker, Planet Earth number but two. Sam and Nick met several years ago somewhere amidst the vast marble halls of academia, and have ever since been rabidly clocking-up long-overdue library fines for their charming brand of literate anti-folk.

Borrowing from the nasal, fragile delivery of Daniel Johnston and pasting it to the intimate, intelligentsia of Belle And Sebastian, it is easy to see why Planet Earth have been asked to share stages with their sonic peers Laura Marling, Johnny Flynn, Jeffrey Lewis and Slow Club over the past year. Their debut single (Bergman Movies) – which was released on Young And Lost Club last March and is drummed on and produced by Charlie Fink (of Noah & The Whale) – oozes charming sepia-tinged melodies, nostalgic drumming and chiming, chirping melodies. Listen to the bands wider catalogue and you will hear the influence of Will Oldham, Magnetic Fields, Jonathan Richman and Herman Dune poking through their lo-fi hotchpotch of trips, tangles and stumbles.

So why not have a little look, listen, scratch and sniff at this album (and download the ace free track To Bristol And Back). You will quickly realise that sometimes the subtleties of understating a point, make a much bigger impact than screaming them from the rooftops. The twee-core, indie-schmindie revolution is upon us dear proletariat, and soon everyone will speak in heartbroken mumbles and nervous whispers.