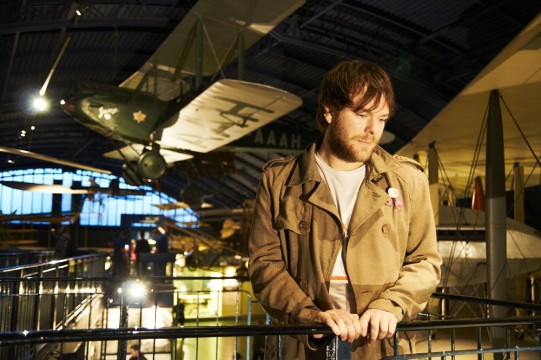 Piano Rach is neither comprised solely of piano, nor is it exclusively rach, however the name ‘Neo Fur Bolt’ was already taken, so a compromise had to be made.

Piano Rach began in Toronto, Canada – where multi-instrumentalist Matthew Parker asked friends to help on a studio project. This was back in 2001, almost a decade ago (before the world went ape-shit). What followed was a fairly epic and frankly unexciting recording adventure that lasted nine years, spanned six recording studios, three cities, two continents and dozens of bit-part contributors. Many songs were recorded, plenty were left behind, some were trimmed down and in the end ten made the cut for the album. Parker writes and performs all the music on the recording, except in the case of horns, strings, woodwinds, pedal steel or (predictably) female vocals, which needed to be handled by other, more skilled men (and women). The resultant record is equal parts groove-laden and orchestral; bouncing back and forth from bubbly, colourful jazz-rock to raucous, bombastic noise jams. Almost every song can be danced to and the few that can’t still catalyse a toe-tap, shoulder-shake or knee-flex. It’s a refreshing take on rich, textured and sublimely bittersweet rock, fitting somewhere snug between Harry Nilsson, Wilco and Iggy Pop.

Piano Rach are now located in that London and have grown into a ferocious live act with Parker singing from behind the drums, along with keys, samples, bass and guitar provided by guests Max Zoccheddu (ex-Sunny Day Sets Fire) and Marina Cristofalo (Lilies on Mars – see their intraview here).

You can download Husbands & Wives here for nowt ahead of their new album (The Manor) dropping on 4 July. Be sure to check out these charming sketches too.