BURNS WITH AN AWKWARD INTELLECTUAL INTENSITY AND REFRESHING ORIGINALITY 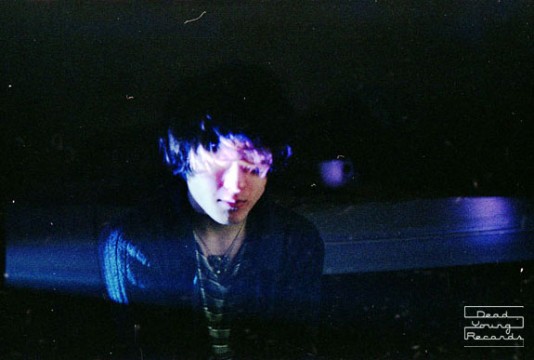 BURNS WITH AN AWKWARD INTELLECTUAL INTENSITY AND REFRESHING ORIGINALITY

Paul Thomas Saunders is a quiet Northern chap. He’s the type who burns with an intellectual intensity, a refreshing originality and a pseudo-awkwardness way beyond his years (he is, after all, only a little over one thousand weeks old). This talented singer-songwriter has an infatuation with all things interstellar and a habit of referencing (whether intentionally or not) an eclectic cluster of popular, lo-fi, counter-culture icons like Elvis Perkins, Bon Iver and Samuel Beam. He also has an uncannily brilliant knack of naming songs. Exhibit A: Getting Loose With The Obtuse. Exhibit B: The Death of A Sports Personality. Exhibit C: Starless State Of The Moonless Barrow. I could go on. But won’t. I’m not here to spoon feed. Last year, appearing on a Dance To The Radio compilation, supporting Blue Roses on a few dates, and releasing his debut EP (Four Songs In Twilight) put his name out there in the regional ethersphere of recognition, so this year should bring the growth and maturity stage of his learning curve. Regardless of what happens though, as long as he keeps spouting out heart-felt songs with the burning passion of a macabre pyromaniac he’ll be just as dandy as the world is doomed.

So check him out soon, or if you can, even sooner. Why not start with these pictures he’s taken for us, and then crack on with this lush free download he’s asked us to pass on. He’s extending the digital branch of friendship to you so it’d be rude not to indulge in this whimsical audio folly. As he says on the track – rot with him, and he’ll rot with you. And sometimes rotting seems like the best thing to do.