A BEGUILING BLEND OF BEWITCHING BEATS 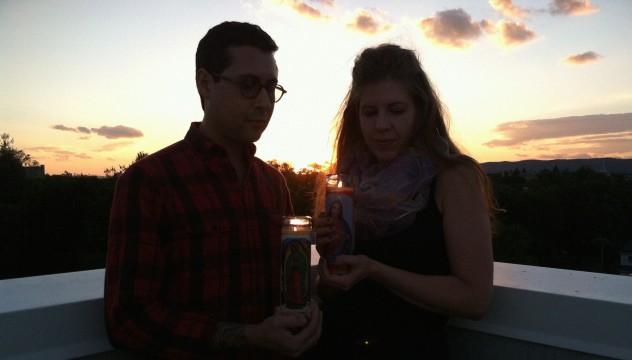 A BEGUILING BLEND OF BEWITCHING BEATS

Virginia-based duo Outlands (AKA disco-noir extraordinaires Mark and Melissa) broadcast some seriously beguiling and bewitching beats; existing somewhere between the four-to-the-floor thump of disco, the sensuality of 90s R&B, and the hypnotism of their electronic contemporaries. The resulting blend of sounds lies somewhere on the continuum betwixt The Voyeurist (see their intraview here) and  Visions Of Trees (try here hombre) and is destined to soundtrack the steamiest of all night disco parties this cruel coming winter.

After sending around a demo of their single Com Ocean (more of which later) the pair were picked up by cassette label, Chill Mega Chill Records. Immediately they retreated into the nethers, only to re-emerge a few months later bearing their entirely self-produced debut EP, a celestial concoction of Mark’s tripped-out beats and Melissa’s hauntingly sultry vocal melodies. After a long sold out limited edition release on cassette earlier this year, the EP will now be digitally self-released via their Bandcamp on 20 September.

As a fitting precursor to the EP release, Outlands have enlisted the remixing wizardry of a few special guests. First off the mark are close friends and fellow label mates, Mirror Kisses. You can download their synth-soaked reworking of Com Ocean here.