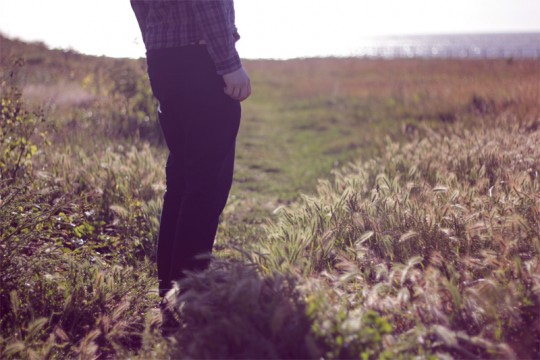 Neverest Songs is the alias of Margate-based multi-instrumentalist and songwriter Luke Twyman who releases his debut, double A-side single (Paper Trumpets/Softly, Quite Softly, Quite Softly) through independent label Tea At Yours today. Initially working in a humble home studio set-up Twyman began to harness his talent before starting work on his debut album Small Voyages in late 2008.  Small Voyages was released as part of the Unlabel catalogue in early 2010.

With sparse compositions suggestive of Björk and Regina Spector in their quieter moments and a vocal delivery reminiscent of Anthony Hegarty, Neverest Songs bleeds sentiment. Simple progression is met with interesting exploration, building in ways that will reward multiple listens. Neverest Song’s current live set-up is open-ended with supporting members and instrumentation varying between shows and rehearsals taking place in a boat on the Thames.

Check out these photos that Luke so kindly took for us and while you’re at it you can download Maria’s Clockwork Spirit here for free and check out his self-shot video for The Plough/Puddles below.