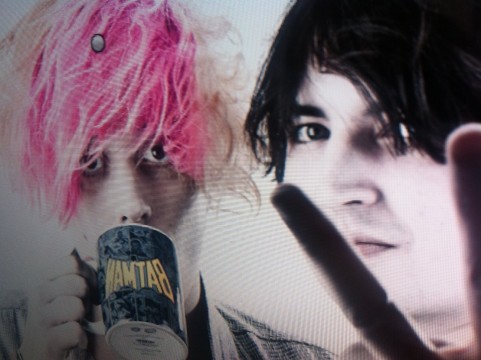 MidiMidis are unlike anything you’ve ever heard. From an early age this duo have embraced everything from Gary Numan to Bauhaus, via Nirvana, The Velvet Underground and Television, but by experimenting with retro midi sounds on their old dusty laptop they have found a truly unique niche in which to wallow. Using an array of almost-forgotten consoles, Amstrads and some scuzzy guitars, Ant and Marcus create a punk-like mash-up of eight-bit barminess which is upbeat and frivolous, but simultaneously dark and serious. A very successful 2010 saw them perform at The Big Chill, Latitude, Lovebox and Secret Garden Party, as well as opening for Suede. They are currently working on their debut album which will hit the shelves later this year.

You can download Note To Self (Demo) here. You should probably also check out these snaps and have a peak at the video below for recent single The Despondent. MidiMidis will be playing at Secret Garden Party (21-24 July). We’ll see you there. Make sure you bring some power-ups, a vial of health and a large Super Mario mushroom please.