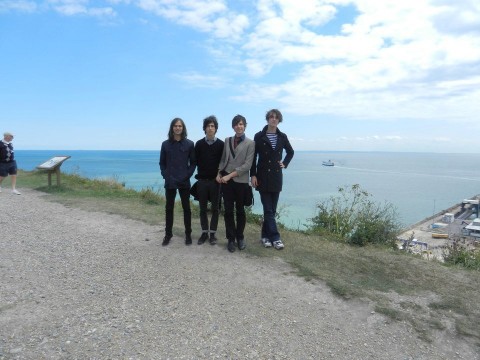 ­This is a good yarn. Two Australian guys barely out of their teens find themselves at a spiritualist nudist festival (do ask) and decide they have more in common than the obvious flotsam and jetsam. They discover that they play guitar and bass respectively and end up jamming together. Unbeknownst to either of them an exiled Queensland keyboard player and guitarist is trawling through MySpace (remember that?) hoping to find someone with similar sensibilities. He types in Rachmaninoff, Danny Elfman, Philip Glass, Queen and Radiohead, and often the words “classical” and “theatrical”. And each time one name shows up. The plot thickens.

[Me] are Luke Ferris (vocals, guitar, piano), Damian Tapley (guitar, vocals), Michael Godde (bass, vocals) and Spike Rogers (drums, programming). They formed in 2009 in Melbourne, although Australia being Australia, only drummer Spike is from Melbourne itself, whereas Damian hails from Perth and Mikey scooted down from the snowy peaks of Mount Beauty.

But why [Me]? “Because it’s faintly absurd and un-Googleable” Damian suggests and “we wanted something short and sharp” adds Luke. Of course, it’s true that there’s something intangible about both the name and the band. “We use drum troupes and orchestras, we love classical music and theatre and showmanship and we want to go places no one has been to before” says Luke. [Me] cite The Beatles, Mars Volta and Led Zeppelin as tangible influences but you could just as easily suggest that Radiohead and Queen had decided to take tea together in order to outdo each other’s most outlandish ambitions. Debut single Like a Fox is immense and a case in point. The video is below and you can download it for free here. The song is about one single, mad, debauched night in the life of a single man and not a million miles away from how Griffin Dunne’s character in Martin Scorcese’s ‘After Hours’ behaved after leaving work for the night.

[Me] are currently recording their debut album with renowned UK producer Simon ‘Barny’ Barnicott (Arctic Monkeys, Temper Trap) and it’s set for release in early 2012. The band have just finished live dates with Death From Above 1979 and have support slots with Kasabian to look forward to. 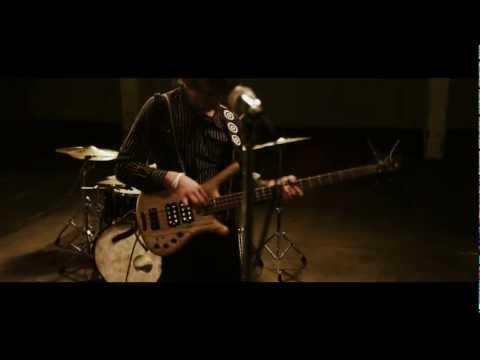