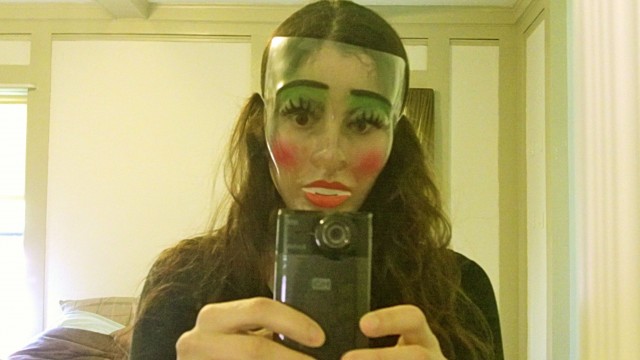 Seven years into her musical calling, it seems that everyone has his or her own version of the real Marissa Nadler. Almost uniformly, these versions relate to some sort of gothic folk chanteuse locked in an anachronistic, possibly unearthly, existence; a woman peering through the looking glass darkly. Death and dangerous liaisons have followed her through the mysteries and mists of four critically adored albums – most recently 2009’s remarkable Little Hells, whose ghosts and lovers certainly fulfilled their promise to haunt. Looking beyond the compelling mystique, however, a clear and corporeal progression can be traced. With each new recording, Marissa has taken bounds outside of her internal world of interwoven stories to embrace the twisted carnival of the physical thrum.

Recorded over a three-week period in January at Philadelphia’s Miner Street Studio with producer Brian McTear, the purposefully titled Marissa Nadler is the Bostonian ‘mistress of the murder ballad’ as we have never heard her before. Traversing through dream-folk and cosmic country, this is Marissa out in the open, her trademark vocal reverb pared away – in the case of two songs, completely. Breaking with the music industry machinery having cemented her reputation for illuminating, individual songwriting with releases through such hallowed imprints as Peacefrog, Kemado and Mexican Summer (who named themselves after one of her songs), Marissa is taking matters into her own hands by releasing this album through her own Box Of Cedar Records (also named after one of her songs).

This, then, is the closest Marissa Nadler has come to revealing her true self, and for once the reality is better than fiction. Download Baby, I will Leave You In The Morning (it’s free) and you’ll see what I mean.