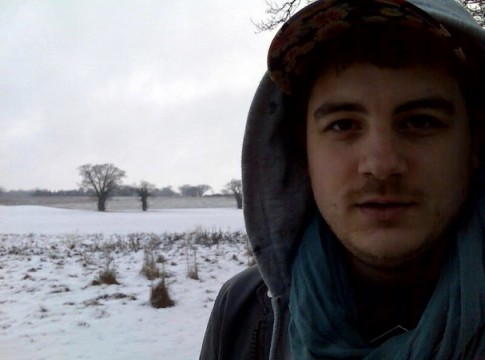 Luke Abbott represents the electronic division of Norwich’s much-vaunted DIY movement. His music is endearingly accessible and rich in lush organic textures and wonky hypnotics. As you can see the photos he takes are a large slice of nice too.

Luke’s debut album Holkham Drones (buy it on vinyl here) preoccupies itself with ambient shades of relative minimalism and is an accomplished body of work that joyously knits together Krautrock-style arpeggios and rolling primal rhythms in an overwhelmingly satisfying union that channels the pagan heritage of the British Isles through this incongruous electronic medium. Whereas his previous releases tried to ambitiously take in all of Luke’s most beloved electronic sub-species in one go, the elasticated primordial mantras of Holkham Drones are presented as a completely immersive unified whole. The off-beat discordant thud that runs throughout is the ideal nourishment for the increasingly electronically-attuned musical landscape that lies quivering in the wake of the latest instalments from Four Tet and Caribou.

So have a look, have a listen (download Soft Attacks here) and see if it increases the flow of happy blood to you tired brain, dancing feet or heavy heart. As far as we’re concerned Luke Abbott (alongside other notable figureheads such as Gold Panda) is proof indeed (if any was needed) that the UK’s electronic underground is thriving, jiving and electrolysing nicely.