INSANELY ABLE TO COMBUST A DANCEFLOOR AT THE DROP OF A STYLUS WITH LOW-KEY, HIGH-BROW GROOVATURE 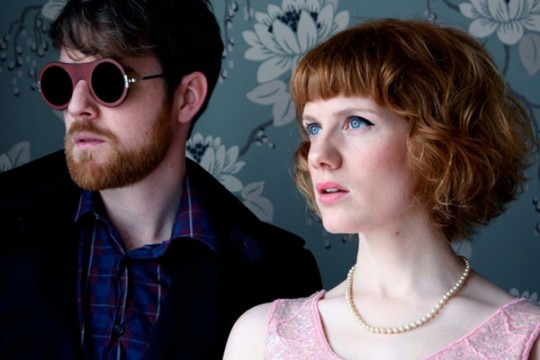 INSANELY ABLE TO COMBUST A DANCEFLOOR AT THE DROP OF A STYLUS WITH LOW-KEY, HIGH-BROW GROOVATURE

Lovers Electric are married couple David Turley and Eden Boucher – an 80s-influenced electropop duo from Adelaide who are, like many of our antipodean brethren, currently dwelling in London. They dress sharp, sing good, have steady hearts and strong morals, and harbour an insane ability to combust a dancefloor at the drop of a stylus through their winning combination of low-key, high-brow groovature. If such a thing actually exists.

Following popular success and critical acclaim in their homeland they are beginning their assault on the rest of the planet. They released their debut LP (Whatever You Want) on Sony in 2008, and their follow-up (Impossible Dreams) is out this September. In between albums they have toured the United States (including residencies in New York, Los Angeles and Nashville) and supported the freshly-reformed OMD on a string of sold-out dates. If all that wasn’t enough, there’s also an EP out at the start of August. If you like Depeche Mode’s synthetic nihilism, or the pop sensibilities of the Hot Chip, then you’ll be down with this.

They took a few photos for us here to clear up some of our burning questions, and gave us this MP3 (which will be on the EP) to pass on to all you good, good people to seamlessly illustrate why they are fast becoming the darlings of the blogosphere.

Oh, and if you’re into dapper lady rags, then Eden actually runs her own clothing label too. Check it here.