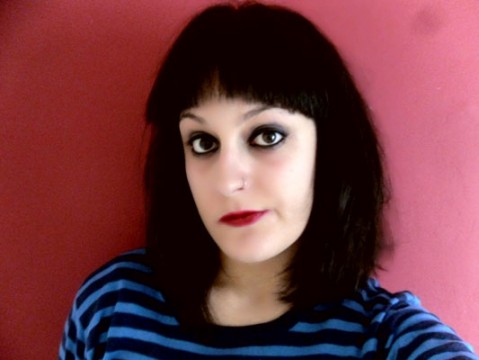 Hailing from Wakefield – which is slowly cementing itself as the North’s most prolifically musical town – Louise Distras (formerly of Blockades) has quickly earned herself a reputation as a hard-working solo act with a stream of shows across the country – most notably those for BBC Raw Talent and Manchester’s Our House TV.

Louise’s music holds a torch to the acerbic folk-punk of Frank Turner and her lairy lyricism grabs you by the throat, spits in your face and pours beer in your shoes. It’s instrumentally sparse – just a voice and six-strings – and vocally husky, raspy and rugged.

Spiders is Louise Distras’ debut EP and it will be released through Dapsone Records on 15 November. On paper it is a folk EP, but in spirit it’s the DIY punk ethos that glares through, all wayward, rushing and frantic. These photos, and the accompanying free download (Spiders) should help join the dots.