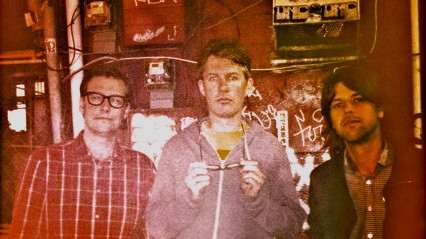 It’s difficult to categorise Kristoffer Ragnstam accurately. He is a Swedish rock musician who is at home in most parts of the world and fits snugly into any musical genre. He’s both a drummer who was a born frontman, and a singer-songwriter in the most literal sense of the designation. Labelled as the Swedish Beck, the comparison is helpful in gauging both the musical eclecticism as well as the studio alchemy with which both musicians perform. A prescient music teacher realised the 15-year-old Ragnstam’s rhythmic talents, and encouraged him to play the drums. When his technical proficiency quickly outgrew his starter drum kit, Ragnstam built his own, a pastime that today is a business, and extends into the self-built analogue echo guitar effect he uses onstage today.

“I believe that that’s my strength, as a musician. To not be as anyone, to not sound like anyone else or look like anyone else. And that’s a good thing for me, I think” explains Ragnstam. You can download Whyte & Black (J.Lundberg/K.Ragnstam) for nada here, or watch the video below. Kristoffer Ragnstam & The Harbour Heads will be playing at Secret Garden Party this weekend  and we’ll be sure to check them out. Join us.