Interview With Kids On Bikes 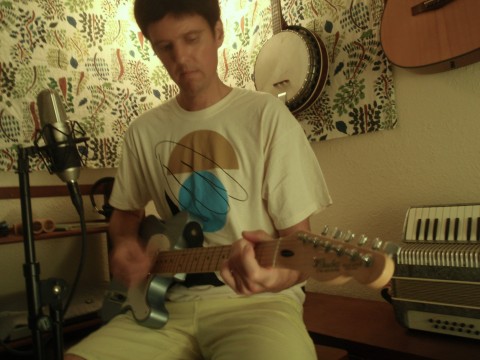 Interview With Kids On Bikes

Kids On Bikes (AKA Sean Mahan) is a one-man surf-folk outfit (see also Blue Boats) from Neptune Beach, Florida. Sean is obsessed with bikes and writes every song as an introspective adoration to all things cyclical. For the past decade he has been working on his forthcoming quadruple album 77 Songs Of Cycling, an epic veneration to Schwinn Stingrays, Raleigh collapsibles and powder blue beach cruisers.

For this EardrumsPop single release he has recorded a cover of A Girl Needs A Boy (originally performed by Annette Funicello) and rewritten it – perhaps unsurprisingly – as A Boy Needs A Bike. Do yourself a favour and grab the whole package (including three tracks, some exclusive artwork and a digital booklet of all these photos) for less than the price of a spokey dokey here. If you’re in a rush then you can grab our favourite track (Transference) here.