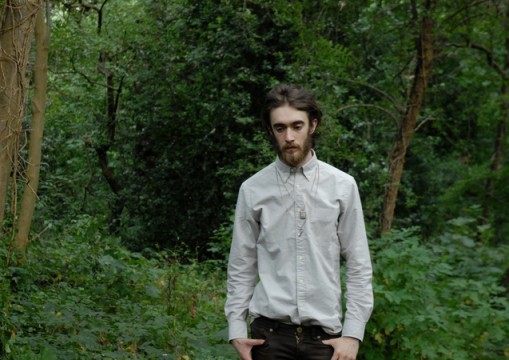 Keaton Henson hasn’t felt able to share his music with anyone until now, though has been writing music in secret since the age of twelve. While the image of tortured artist is so often trotted out by lesser musicians, Keaton’s successes as an artist and illustrator preclude any such indulgences. You see it transpires he’s actually just a bit shy.

His introspective music, informed by isolation, deals with the themes of anxiety and lost love. While the openness of his lyrics can be somewhat unsettling, the simple melodies and frank delivery allow the listener the kind of insight that can make music so rewarding. Keaton is preparing to release an album on Motive Sounds in November which collects ten of his most personal songs. Titled ‘Dear…’, it was recorded in a makeshift studio in his own home and is equal parts individuality and intimacy. The title of the album directly addresses those who are listening to it. This, combined with his rare public appearances keep the album wholly personal to the listener, something that he feels is missing from music today.

Luckily for us here at A Negative Narrative, Keaton has shaken off a layer of shyness to give us a glimpse into his world by using a lens to focus visible wavelengths of light, thereby creating these digital heliographic engravings. I guess we should call them photos but we’ve never really been into convention. He’s given us a download (Sarah Minor) to pass on to you too. Don’t forget to say thanks.