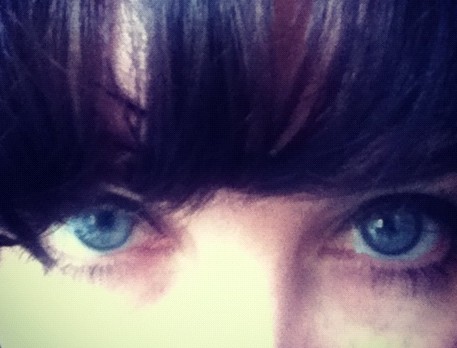 Intrigued – that’s how I approached Kate Jackson’s performance at last month’s Secret Garden Party. I’ll admit, I once had a girl-crush on the Long Blondes’ front woman. She’s filed under ‘People I Wish I’d Been In 2005’ alongside The Duke Spirit’s Leila Moss.

To be honest the love affair isn’t over. Last month I bought Once and Never Again for 50p at a record sale just for sentiment’s sake. This lingering romance is not unusual among an era of Sheffield graduates whose university nights were spent dancing to the city’s most underrated indie band of the noughties. The five piece – whose short tenure came to an end in 2008 when songwriter Dorian Cox suffered a brain haemorrhage – regularly thrilled crowd upon crowd with rebellion-rife lyrics about failed romances, escapism and the double-edged sword of love.

As the band’s star, Jackson counselled the pissed off youth of the mid-2000s like an older, wiser, way cooler sister. For many, Secret Garden Party was the first glimpse of Jackson since those gin-fuelled days. She marched on stage still looking the part – knee-high boots, neck-scarf, and a wedge of kohl lining her eyes. But at 32, Jackson has moved on from the monochrome-clad caricature she played four years ago. Granted, debut single Wonder Feeling fails to live up to its name with a slightly second-hand feel for all its references to motorways and railway stations, but the flicks and quirks of Jackson’s unique voice are still unmistakeable and songs like The Atlantic show off her powerful range. The post-punk aggression of her formative work has been traded in for fuzzy guitars and glam-tinged melodies owing more to Stevie Nicks than say Chrissie Hynde. Evidently, this is new territory for the singer, so those hoping for a blast from the past may be disappointed. But frankly, she’s never looked more comfortable in her own skin.

Why not download a demo of Weightless here and see for yourself.