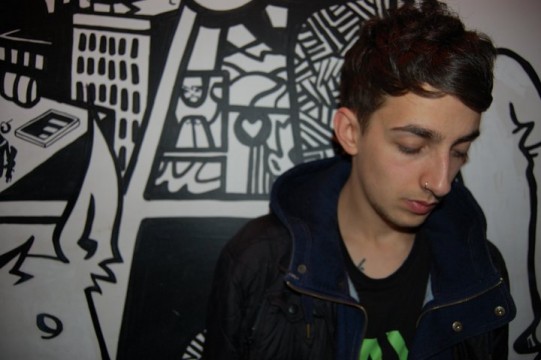 A veritable newcomer to the unforgiving yet reassuring world of critical acclaim, Kashii is a two-step producer and performer from Brighton who is quickly gaining a reputation for his unique take on deep, dubby, progressive garage.

Kaashii’s vibe flits betwixt melancholic tenderness and spliffy sweetness, stopping along the way for a spot of bumping, a dram of humping and almost certainly some freestyle crunking. This young scamp’s work has also earned him the support of luminaries such as Toddla T, Kissy Sell Out and DJ Zinc, who were drawn to him after he dropped his debut EP (Tru Da City) last year. Because he’s a top lad, Kashii has given us the title track to pass on to you as a free download. Ahoy – you’ll find it here. Make sure you thank him.

The producer – who has recently joined the Sounds of Sumo agency – is also signed to Southern Fried Records (which is home to The Whip, Crookers, Armand Van Helden and many more) and is set to release another EP this summer. Prior to his appearance at Secret Garden Party in a fortnight Kashii has been keeping busy doing what he does best; here’s a mix he made for Southern Fried to introduce himself, and here’s a little promotional mix he put together for Glastonbury. If he keeps this form going he’s going to be a serious player on the increasingly saturated dupstep scene next year.

So peruse these snaps and listen to what the man says about what to bring to Secret Garden Party (Q10) – though obviously keep it well hidden on your way in. This man clearly talks sense. We’ll see you at the front at for his set. We’ll be the ones rattling our ribs to every wobbly WAAAAaaaAAMP and embracing every Dv! Dv! Dv! Dv! Dv! like it was the last.