A TWISTED AND ELECTROLYSED SOUNDTRACK TO MODERN LIVING 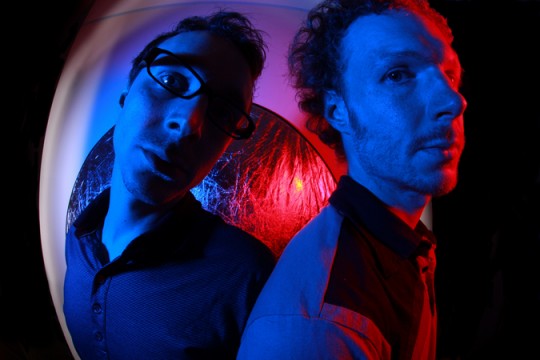 A TWISTED AND ELECTROLYSED SOUNDTRACK TO MODERN LIVING

Karoshi is a Japanese term meaning death from overwork. It reflects brothers Dan and Sam Burt’s polarised love and hate of this inert and beguiling vacuum we collectively call modern living. Their hatred manifests itself in the twisted electrolysed pop they spit out, which usually features the best underground vocal talent around and somehow always seems to wind up in the ears of the proletariat via the desk of whichever zeitgeisty remixer is a la mode that week.

Karoshi’s sound combines the wayward production chops of Simian Mobile Disco with the pop sensibilities of Hot Chip and the routine practicality of Bertha. The vocals come from young indie-electro starlet Jenny Jones who is also their main singer for live shows, giving the stage a much needed injection of female sassiness. Karoshi’s recent single Not Sitting (you can buy it here) features some stellar remixes, including Negative Narrative favourites Cassette Jam, who pull out all the stops on their signature nu-disco slammer. We don’t want you to miss out though, so we have an exclusive remix to dish out here. It’s the Skaggs Stripped Remix of the single and it manages to weld John Squire’s Second Coming-era guitar licks onto a wiry framework of pop culture references which are dropped left, right, and slightly off-centre by Cumbria’s answer to Peaches.

Karoshi have been really busy of late both with their single, a remix for Mr Fogg cracked out, one for Maximo Park currently being tweaked and the co-writing for their debut album (with Kitsune’s Punks Jump Up) almost completed. Hopefully now they’ve completed their photo-intraview for us they’ll have time to relax a bit. The last thing we want is for Karoshi to become a self-fulfilling prophecy. We could live with the guilt, but we’re all out of options for corpse disposal. The pigs are already full to bursting.