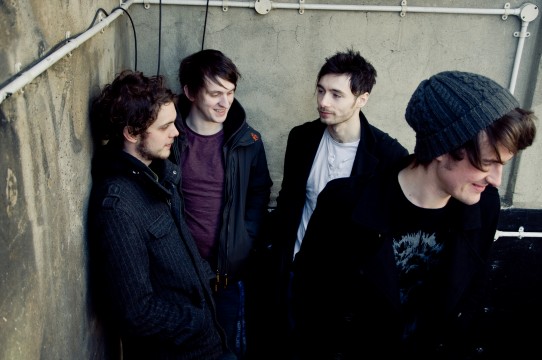 Brighton rockers Jumping Ships formed in 2008 and immediately self-produced a two track single (Liberty Row). The onset of the attention gained from this single – as well as their proactive demeanour – brought about an opportunity to record their debut EP (Orientation) with engineer David Tindale, who boasts the birthing rights of Foals, Blood Red Shoes and The Maccabees. The band spent a year writing and recording Orientation, whittling eleven tracks down to six. The EP itself was so titled because of the band’s shared vision and direction and it attracted the attention of Alcopop! Records (home to Johnny Foreigner and My First Tooth) who signed Jumping Ships at the beginning of 2011. Shorty after the band went back into the studio to record their first single for the label (Heart & Hope) which was again recorded by Tindale and was released last month.

Jumping Ships second EP will come out in the middle of June. The band remain united on their mission statement; producing music packed with depth and instant appeal. You can download The Whole Truth here for a sample of their emotive agit-pop.