A SOLO CACOPHONY OF SYNTHETIC SENTIMENTS, LITERATE LYRICS AND FOLKTRONICA 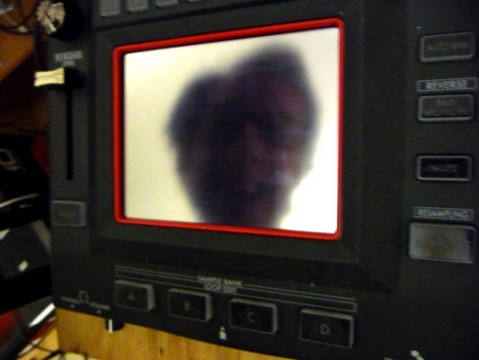 A SOLO CACOPHONY OF SYNTHETIC SENTIMENTS, LITERATE LYRICS AND FOLKTRONICA

James Yuill is a one-man Hot Chip, only warmer, less spuddy, and least likely to disappoint. He is a solo cacophony of synthetic sentiments, folktronica and emotive, literate lyrics that fit snugly into 1 x lanky frame, 1 x bespoke guitar case and 1 x laptop. This is a man, one assumes, who knows his blips from his bleeps blindfolded, and always dresses deadlier than even the darkest shade of dapper.

Since the release of Turning Down Water For Air (released in 2008 on Moshi Moshi) James has felt the glaring, staring eye of hype burning through him having toured his tyres out, continued to produce pure pop nuggets, reaped the media plaudits and even found time to kick out some remixes. We consider ourselves very privileged then that he found some time to answer some questions we asked him with a selection of photos. In particular we’re digging his vision of broken Britain.

And because he’s a salt-of-the-earth-type chap, he’s also asked us to personally pass this smouldering yet subtle slab of synth-smashed dancefloor – Give You Away (Finale Edit) – onto you, to download into your heads, heels and hearts. If you like it then James’ll be out and about from now until summer. You can check his dates here. If you do catch him, please have a little robot dance from us.