A LONESOME DRIFTER WITH A BROKEN, BLUESY TENOR 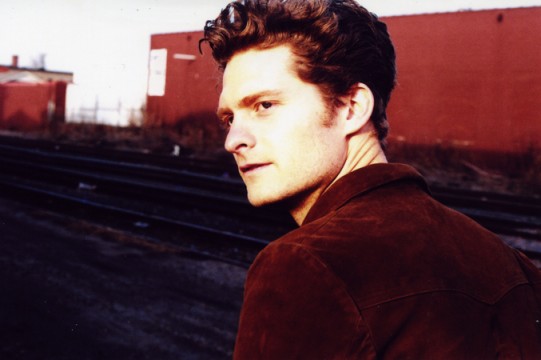 A LONESOME DRIFTER WITH A BROKEN, BLUESY TENOR

James Apollo is haunted. If he’s not at the epicentre of a tragic accident or bolting down turnpikes at the speed of light (these two things are presumably related), then you can bet your bottom buck he’s not only royally screwing his life up, but writing about it and sharing it through the medium of song. You should be able to easily locate him at any given point by the strewn wreckage, broken hearts, discarded blue notes and smashed bottles. He isn’t dubbed the King Of The Road for nothing you know.

Born in Arkansas, James currently works out of Colorado and NYC. “I couldn’t handle it at first…” says Apollo when asked about his move to New York City, “…and I can’t handle it now”. The city is tough – it left him with a distinct set of scars: a fast motorcycle on a rain-soaked street broke his legs, and a raven-haired temptress (as they almost always do) broke his heart. He recalls how it seemed like a cruel joke at first: trapping a lonesome drifter in an endless chasm of bricks and people. No horizon. No sunsets. No escape. But for as much as he tried to escape its claustrophobic crush, New York did much to inspire his emotionally textured soundscapes and you’d imagine the smog and chaos has also further enhanced his broken, bluesy tenor, and added an extra dimension to his earthy composite of dustbowl rhythms laced with melody, danger, fragility and front-porch melancholy. His third album (‘Til Your Feet Bleed) came out this month in the UK. You can buy it here.

James’ aura and ethos is clearly evident in these photos he’s taken for us which both nod to the open road and squint uncomfortably at the American dream. You’ll enjoy the free download too. It cries out from the dark side. Or, as James Apollo puts it so elegantly himself – “a fellow asked me the other day about being on the road. He said it must be tough to keep a relationship going when you’re away from home. I said no, being away is the easy part. It’s when I’m home that times get rough”. Amen, brother. A-fucking-men.