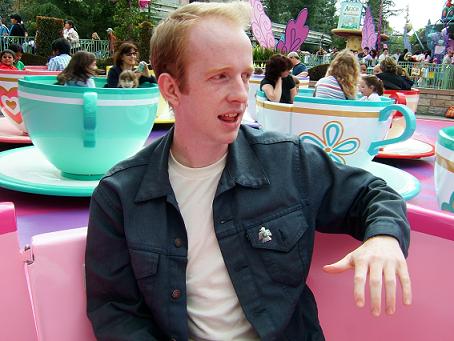 Known for his original songs and cartoon screenprints, Jacob Borshard grew up in Texas, went to art school in Chicago, wandered the wild, wild west and ended up teaching art on an Apache reservation in Arizona, where he created and released his first two albums of acclaimed ukulele street-corner rock n’ roll and unwittingly became a formative figure in the so-called ukulele renaissance of the early 21st century. After winning Drew Barrymore’s songwriting contest, Jacob moved to Austin where he released his third album and a few dozen quirky cartoon screenprints. He currently lives in a charming cottage with his wife, delivers pizza and labours in his shed to construct a homemade Batmobile.

For this – the latest EardrumsPop release – Jacob has collaborated with ex-Negative Narrative alumni and Tigercats singer Laura K (see her intraview here) to produce something that will appeal to those who swoon at the sweetly sardonic sentiments of Kimya Dawson or Jeffrey Lewis. They have produced three songs together including this one – About Us – which you can download for nowt. Be sure to pick up the full package from EardrumsPop here too.

Oh, and you should probably also know that Jacob has just won the distinction of being the first person on earth to fully complete the Beach Boys’ 1967 Smile recordings. After compiling and editing a fully dovetailed stereo cut of the album, Jacob picked up his uke and recorded every missing vocal himself, using Brian Wilson’s 2004 solo Smile as a guide. You can check it out here.