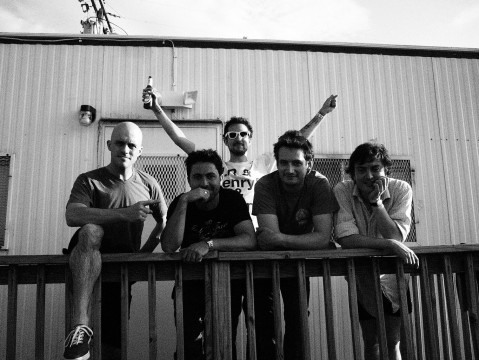 Frank Turner – a long-standing idol of all here at A Negative Narrative, and someone we’ve pestered, pandered and pleaded with to take some photos for us for a wee while now – is in the house. Not just any house – OUR house. Please show your respect by cracking a can, laughing out loud and getting some ill-advised tattoos (may we recommend our own personal backstreet inker – Monsieur Cutts). Are we all reading off the same page now? Good. Then without further ado, may we introduce to you, his royal punkness, the king of all campfires, and the only person wielding an acoustic guitar that ‘real’ punks rate – Mr Francis E. Turner.

Having earned his wings as the lead singer of hardcore punks Million Dead, Frank decided to ply the solo route upon their implosion in 2005, and turned his attention to battering acoustics. His first EP (Campfire Punkrock) sold out immediately and ever since then it’s been a non-stop whirlwind of recording (he’s cracked out three LPs and four EPs in less than five years) and touring (famously he once played twenty-four venues in twenty-four hours, and has more recently supported a small band called Green Day on the toilet circuit at *ahem* Wembley). Despite his ever-growing success though, Frank has always kept his sneakers on the ground, a fact which comes across strongly in his lyrics which are equal parts humble observationalism, astute social commentary, feisty sarcasm and self-deprecating irony. Not that he’s afraid to take prisoners though, especially if there’s politics or injustice involved.

Frank has recently returned from an insane jaunt across the pond where he supported uber-punks Social Distortion – a blur of an adventure which these raucous snaps document. Frank Turner recently also signed with Epitaph for releases outside the UK, and recording on his fourth LP started last week. This is all great for him, but the knock-on effect is that unfortunately his record label get all twitchy and jittery if he starts dishing out his tunes to all and sundry, so we can’t give you a free download with this one. You should check this, this and this out as you browse his photos though. They’re just for borrowsies though, not keepsies. Alright?

Like Frank himself says – he’s definitely going to hell, but when he gets there he’ll have all the best stories to tell. We for one (well, two actually) will be sat at the bar in Hades with him, listening attentively, and drinking. Always drinking.