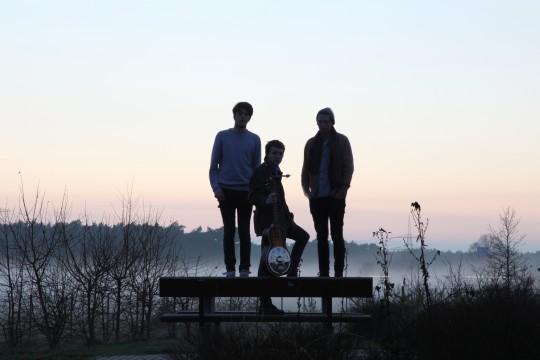 Brighton-based trio Flashguns make vastly atmospheric pop  and mash it together with country and blues to make a raw and vast racket that’s not suitable for the agoraphobic or easily startled. Taking equi-influence (if such a thing exists) from Band Of Horses and Kings Of Leon they display a knack of evoking passion and energy way beyond their youthful years.

In 2009 they released the Matching Hearts, Similar Parts EP as a statement of intent and now in 2011 they’re out on the road with Dananananaykroyd before they head out again on their own headline tour and release an album (Passions Of A Different Kind). The album was recorded in a barn in Exmoor and they attempted to capture the atmosphere of the place and make a pop-centric rock ‘n’ roll record that shows there is life after jangly guitars. Still in their early 20s you get the feeling this is a band getting closer to attaining the audio zen they’ve been working towards and – thought it is an overrated concept – maturing.

Why not download Racing Race here, peruse these links and treat your eyes to a lengthy peak at this little gallery of awesomeness. Then you’ll be overly qualifed to make your own mind up.