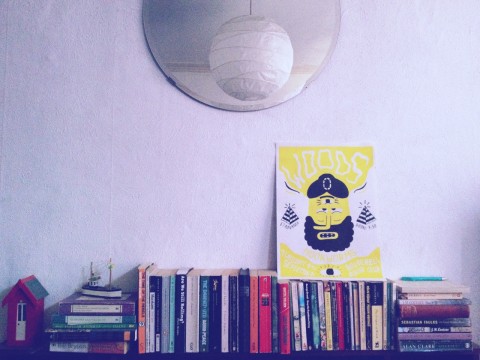 It’s coming to the end of another year, which for most of us means festive merriment, presents, friends, family and firewater. It’s isn’t so peachy for everyone though, and not everyone is lucky enough to sit atop Maslow’s hierarchy of human needs in a ridiculous reindeer jumper. Many will sleep rough, alone and with no access to emotional or practical support. But hark, there’s hope. Simon On The Streets is a charity which provides support like this for people with complex needs who cannot or will not access other support services. Within that group it focuses on people who are homeless and rootless, especially those sleeping rough.

Following on from the success of last year’s fundraising campaign, ace local videographers Anthologies have teamed up with Hide & Seek Records to bring you a 15-track compilation album of alternative Christmas music reimagined by bands from Leeds, with all proceeds going to Simon On The Streets. You can donate whatever you like here to get your copy and you’ll also be entered into a raffle to win some cool prizes donated by benevolent figures in the local community. The album features ex-Negative Narrative alumni Sam Airey, Post War Glamour Girls, Hope & Social, Fossil Collective, Ellen & The Escapades and Dancing Years (nee Joseph & David), as well as other Leeds-based notables including Stalking Horse, Swimming Lessons, Witch Hunt and Family Scraps.

Family Scraps is a late night recording project which MJ from Hookworms started following the recent completion of his band’s LP (Pearl Mystic, out next year). That record had taken up almost all of his spare time so as soon as it was done he needed to start something else to fill the void it left. His contribution to the Anthologies Christmas compilation (Ourselves, streaming below) will also feature on the self-titled tape he’s planning on putting out early next year. Whether there will be any live shows is another question – “I played everything on these recordings myself, and the instrumentation is so incoherent that it’d be hard to reproduce live. It’s all been recorded through the night at downtime in my studio; I guess that’s probably formed the aesthetic of this record in a way.” When he’s not spangling people’s minds with Hookworms or working on Family Scraps, MJ runs Suburban Home – a DIY-minded recording studio based in Leeds – where he’s carved out a niche for recording noisy, pluralised bands, like Mazes, Eagulls, Hawk Eyes and Spectrals.

Anyway, chuck in what you can afford to the digital hat and get your copy of Anthologies. You’ll be treating your ears and helping a great cause. You can expect to be hearing a lot more from Hookworms, MJ and Family Scraps in 2013 and beyond.