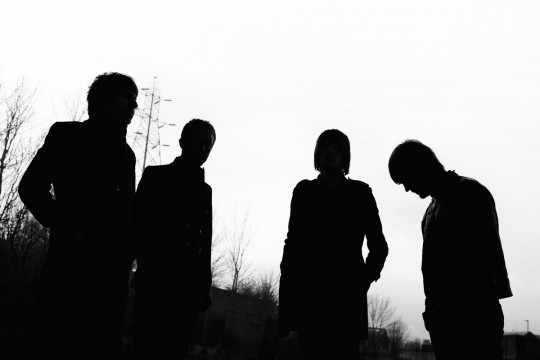 Exit Calm are Scott Pemberton (drums), Simon Lindley (bass), Rob Marshall (guitars) and Nicky Smith (vocals). Kindred spirits of Northern noisemongers like The Music and The Sunshine Underground, the band have also drawn comparisons to the early sounds of My Bloody Valentine, Ride, Spiritualized and Explosions In The Sky.

Having initially formed in Barnsley back in late 2006, the band spent their formative years honing their sound, before releasing their self-titled debut album in 2010. Now returning from two years of near silence the band’s second album (The Future Isn’t What It Used To Be) will be out in September. By way of a taster, you can hear Fiction – a nostalgia-riddled, angst-ridden rock standard – in our in-site beatbox.