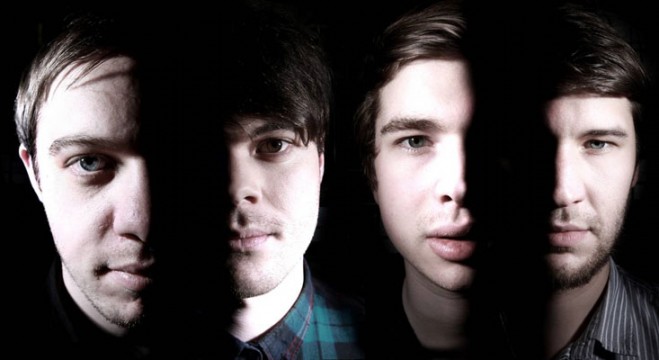 Everything is all that exists. Every object and entity is a part of everything, which includes all physical bodies and (in some cases) all abstract objects. That means, me, you, Rosemary, the Jack of Hearts and even Michael Barrymore. Everything Everything are also therefore (predictably) part of everything. They are also an obtusely arty and purposely catchy Manchester-based band, who cite the Beatles and Radiohead as their main influences. Their number one rule is to avoid cliché at all costs (especially “the cliches expected of white men with guitars from Manchester”) and this manifests itself in a busy, quirky, restless clatter, composed so as to represent the jerky, immediacy of the modern age.

Their debut single (Suffragette Suffragette) was released in December 2008 on XL imprint Salvia, and in December 2009 they were shortlisted as one of the fifteen acts to watch by the BBC Sound of 2010 panel. Their debut LP (Man Alive) hits shelves, ears and reviewer’s stereos next month. You can expect a fizzing, electro-cracker of a pop record with fantastically-titled tracks (NASA Is On Your Side, My Keys Your Boyfriend). It’s essentially, the sound of neo-prog-bagginess. It’s intellipunk. It’s jerkily rhythmic. It’s everything all at once.

They took some photos for us here. Strangely for a band who are into their aesthetics, they’re mainly book and DVD covers, but you get the idea. They therefore fall into the lower 10% of submissions for this website where the music is exponentially better than their photos –  though I’m sure, as musicians, they really won’t mind me saying this. Check this download of Schoolin’ and you’ll see. It’s on their forthcoming album. And can someone please keep four seats warm in the big time, because Everything Everything will shortly be arriving.