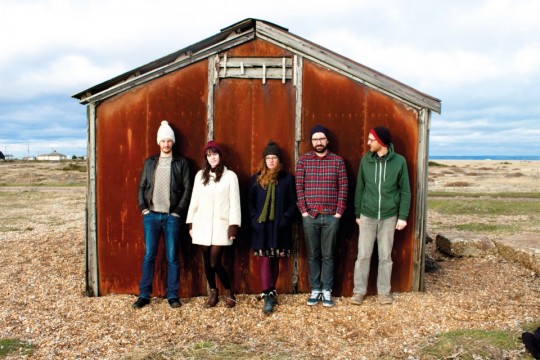 Dutch Barn are a five-piece from London. They make an upbeat, reverb-heavy fuzzy rock racket layered with warm and melodic folk influences. They were once told they sounded like a cross between Teenage Fanclub, Dinosaur Jr. and Stereolab which they were understandably pretty pleased about. The band released their debut album (Lighter Later) earlier this year and have now recorded three new songs, including a cover of Tearjerker’s So Dead, for a new (free) EP which is being released on our favourite net label – EardrumsPop – later this week.

Check out one of the tracks (Steal Your Jokes) in our in-site boombox. The full release will be available from here on Thursday.