TARRED WITH NOIR AND FEATHERED WITH LEATHER 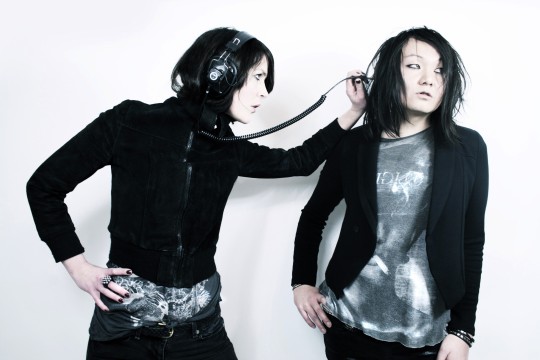 TARRED WITH NOIR AND FEATHERED WITH LEATHER

Deathline are a duo from London. Their visceral blend of dirty electronica, throbbing psych and sleazy post-punk makes them a formidable beast and, when you add expansive industrial programming, grinding shoegaze and kraut sensibilities into the shadowy mix, you can see why they have been tarred with the noir brush and compared to the likes of Suicide, Einsturzende Neubauten and The Raveonettes.

After the self-released debut album SixtyNine appeared in early 2009, Deathline threw themselves into their live shows, playing in the UK, US and Europe before retreating back into the studio to pursue a darker and heavier path which led them to recording new material with Josiah Mazzaschi (whose credits include Smashing Pumpkins, Built To Spill and Rilo Kiley).

Their new album Nova was released this week. You can see the surreal video for Ten Of Clubs below and download Something Is You here, for less than the price of a nothing.