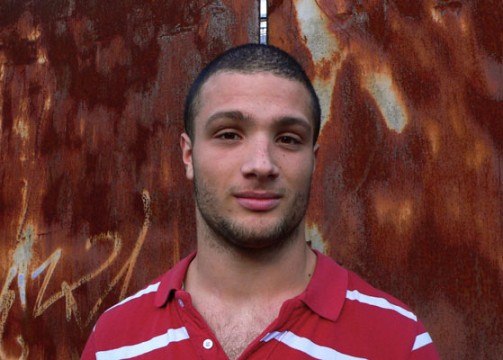 There are advantages to having both a UK and a US passport. Like cunningly sidestepping the usual hostile reception from US Immigration when you hit up Brooklyn. Or making a sneaky £300 on the sly by ‘losing’ one when stumped for brass in Lagos. Cosmo Jarvis is truly a name befitting someone with dual nationality (he was born in New Jersey but raised in Devon) and, assumedly, it is his these very two passports which appear in this here photo album. More than that though, Cosmo Jarvis, as you’ll see, is also truly the name of someone who is going to be a megastar.

On a more rudimentary level, away from his realistic aspirations of greatness, Cosmo Jarvis owes a small debt to Jamie T and Plan B, with his layman everyday observational wit, and vernacular teen speak. But get this – he’s insanely prolific (we’re talking – apparently – 250 songs). And he’s only 19. Oh – and he still finds time for poetry and film-making. Tellingly then, his heroes veer between Frank Zappa, Will Smith, John Lennon and Terry Gilliam. With his Broadway choruses, fakie-kickflip pop skills, and ambitions of mainstream rotation it’s easy to see why Wall Of Sound were so keen to spit out his eponymous debut LP last year. His second is already written, and for his next project he’s planning to make a short film about a man who takes himself hostage. In a urinal.

Blessed with an ability to speak to people of all ages and backgrounds, his ‘flavour’ changes from tune to tune. With so many thoughts and ideas filtered through so many different styles in which to express them, this was always going to be unconventional, but in a conventional way. Or vice versa. Hence the name. And this picture of a graffiti’d scrotum. And this free download.