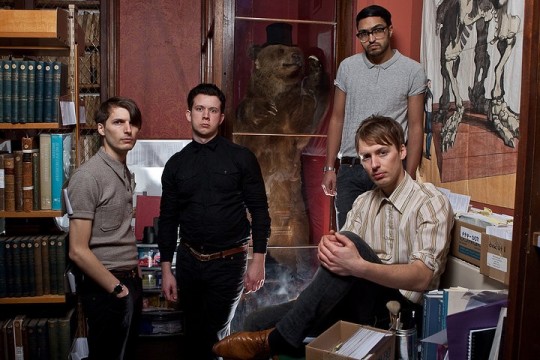 Club Smith are a Leeds-based four-piece who’ll be hitting the road next January to support Kaiser Chiefs on a UK tour. They make heavy(ish) rock which tips its brim to post-punk, tickles some synths and wouldn’t sound too out of place amidst the mainstream hustle and bustle of a stadium indie show; hence why they’ve been offered the support slot I guess. That and geography. Leeds can be quite incestuous like that sometimes.

The etymologists amongst you will be delighted to learn that the name Club Smith was an indirect result of the then under-age and baby-faced lead singer Sam Robson’s inability to get served in his local pub. As Robson explains; “We used to drink at my friend Smithy’s house when his parents were away. We’d go round, get drunk and then try and emulate Original Pirate Material by The Streets, but writing juvenile songs about art foundation courses and papier-mâché. We used to refer to the place as Club Smith. I forgot all the songs – I have no doubt they were garbage – but I kept the name close to my heart.”

After bursting out of their LS barrio last June with their debut single (No Friend Of Mine/Young Defeatists) – which received airplay across the Beeb – Club Smith will release their second single (Call To Harm) on 7 November. Building on the success of their first release, the follow-up is a blistering, impassioned and combative track inspired by the band’s increasing despair with modern society. The band are set to record their debut album with uber-producer James Kenosha (Dinosaur Pile-Up, Pulled Apart By Horses, Grammatics, Lone Wolf, Sky Larkin) at the end of the year and have already supported (amongst others) former Negative Narrative intraviewees iLiKETRAiNS (you can see their intraview here), The Sunshine Underground, Mystery Jets and Hockey, as well as cutting their festival teeth at Reading and Leeds last summer.

Until the chilly nip of November licks at our extremities you’d be well advised to check out the aesthetically pleasing photos below and downloading Causing Doubt here for the bargain Yorkshire price of absolutely fuck all. You can see the video for Call To Harm below n’all. Because modern life is clubbish. Or something. 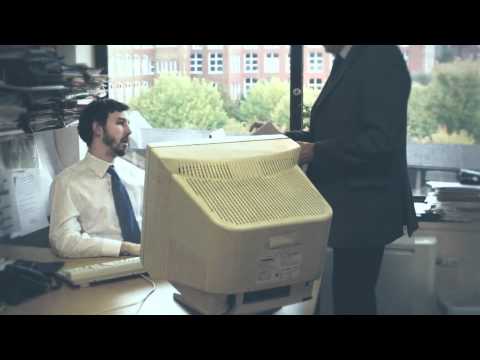