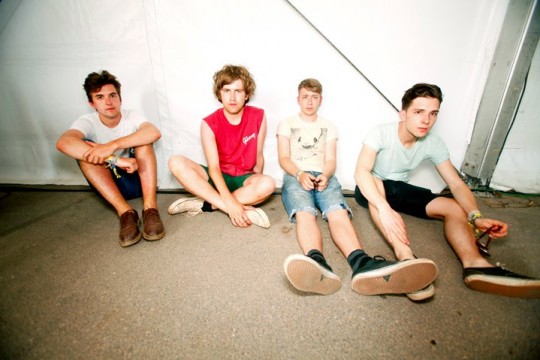 China Rats formed in Leeds a year ago. They released their debut EP (To Be Like I – video below) in April this year and randomly ended up playing the second stage at Benicassim last month when they were asked – after wowing one of the bookers in the campsite the night before – to stand in for an absent Bat For Lashes whose tour bus had broken down.

Their debut single – (At Least Those) Kids Are Getting Fed – will be released in October through Once Upon A Time Records. They’ve also got a flurry of live dates booked in to go with it, including Huw Stephens’ night at The Social and a date with Dance To The Radio at Leeds Festival this Thursday.